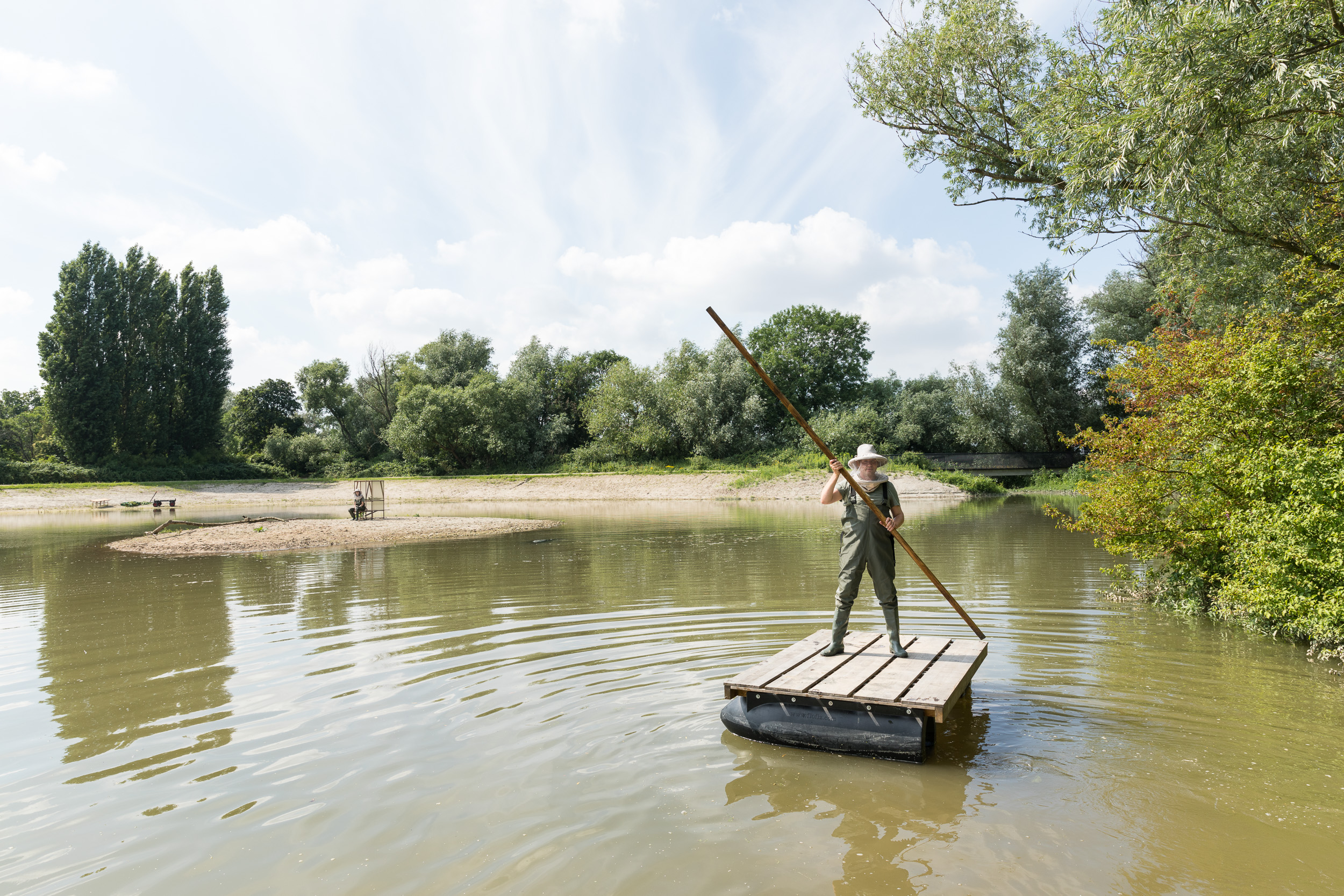 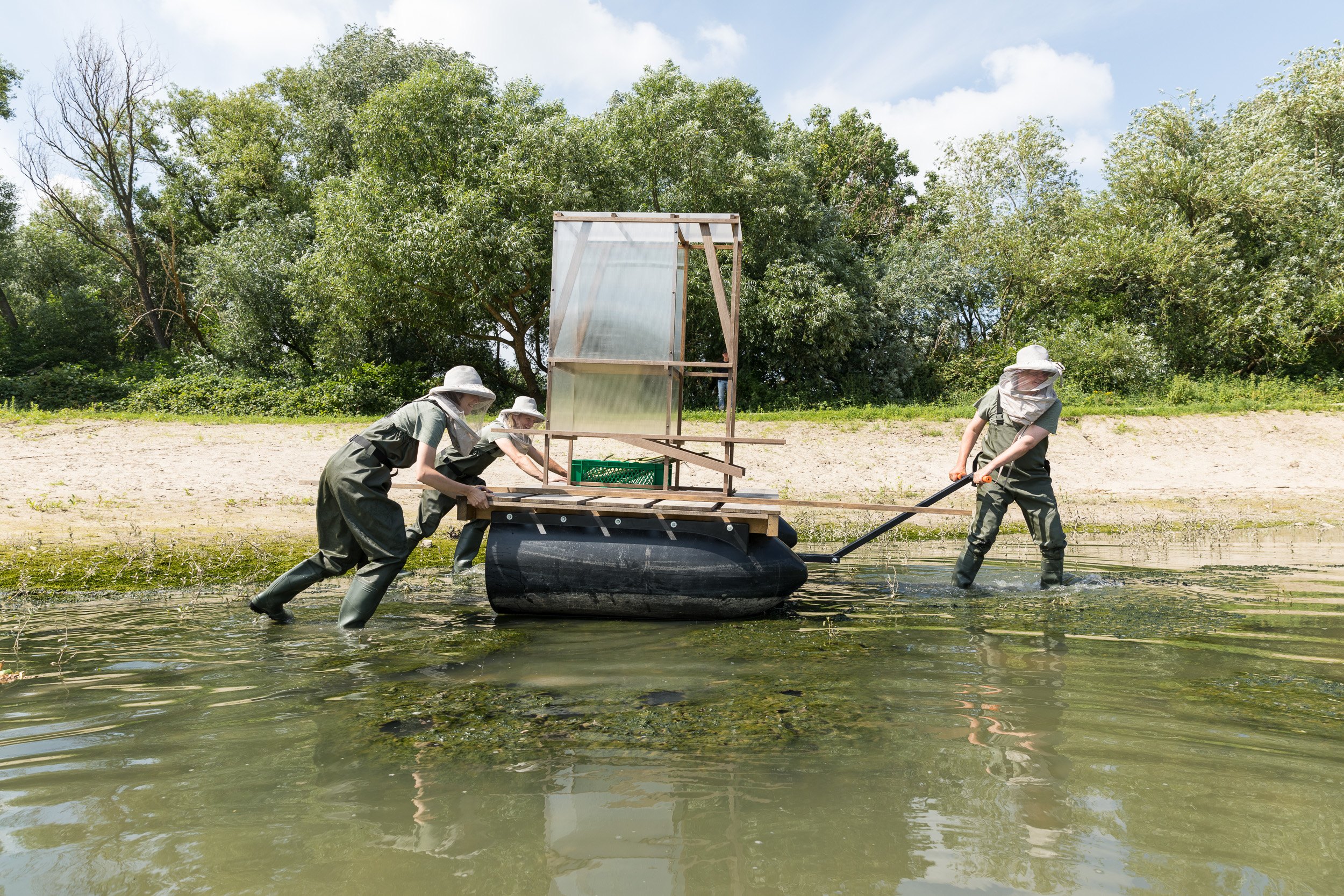 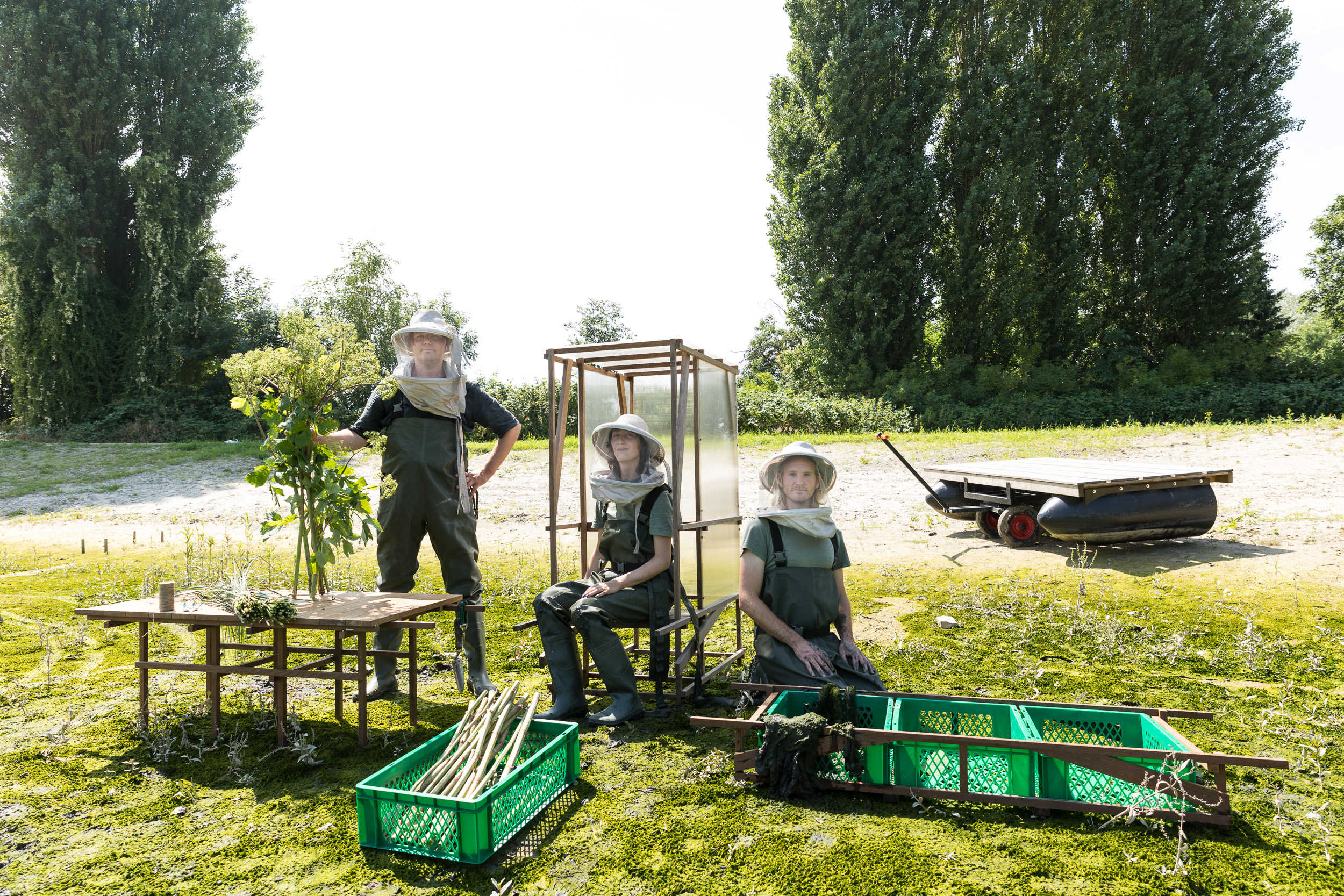 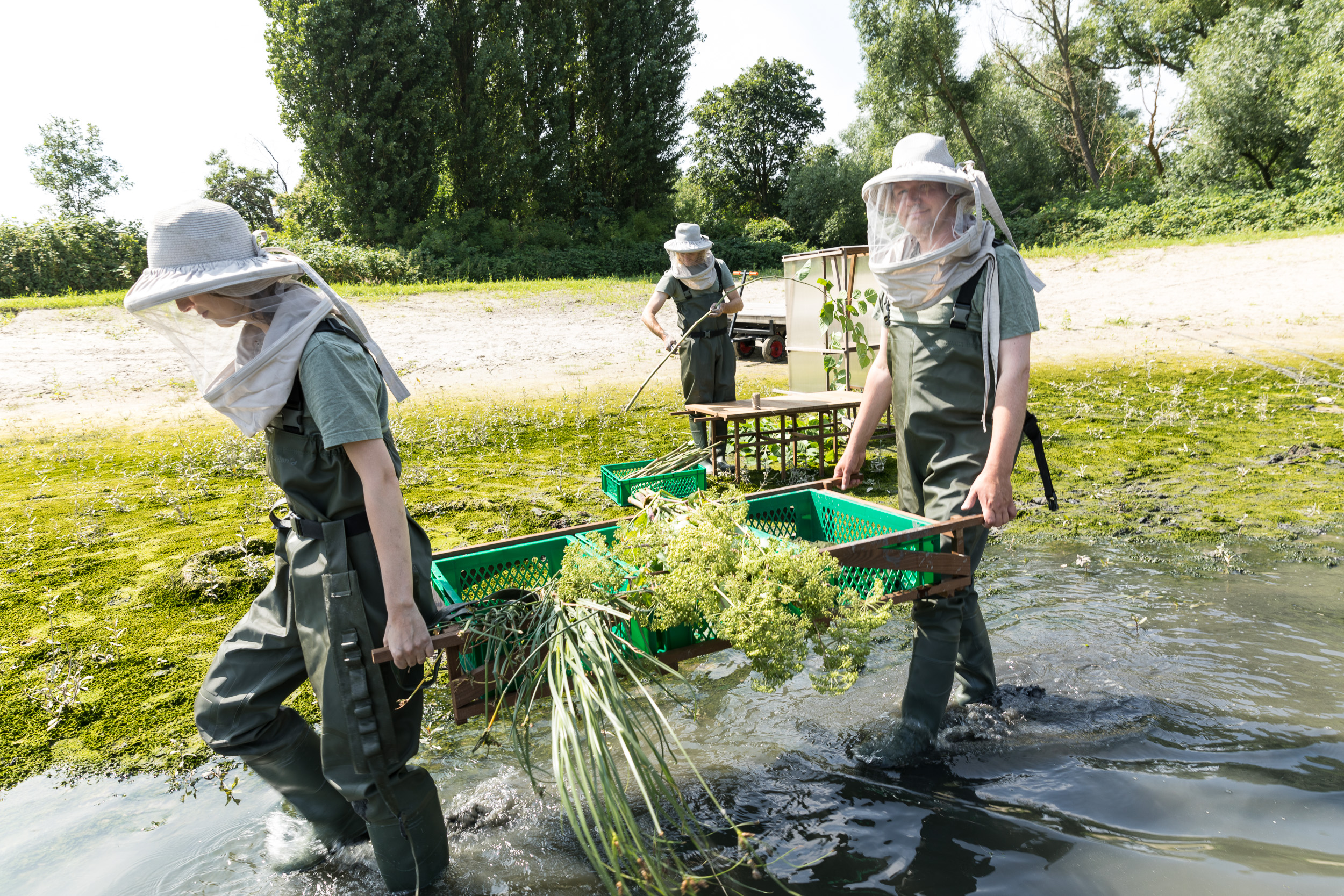 In the Netherlands we have a long tradition of fighting against water. Many typical Dutch landscape types owe their identity to this. At the same time, the role of seawater seems to be gaining in importance. The reclamation and salinization of the Netherlands form a new reality for which we will have to find a new form of interaction. The natural reflex of the Dutch is to adapt the landscape to the needs of man. With water workshop LOLA, The Weedkeeper turns the perspective on this issue 180 degrees around and looks for aquatic evolution of humans as adaptive species.

Part of the water workshop – designed by Overtreders W – is a material research by De Onkruidenier and Overtreders W into building materials from raw materials that can be extracted and grown in the future production landscape, such as oyster shells, islet cane and madder. The starting point of the research is hemp lime: a building material from hemp shells and lime, from which strong and insulating walls can be built. Step by step, we further develop hemp lime as a circular future-proof building material with new sustainable raw materials as components, other colors and other structures. The results of the weed lime research are first applied in the design for the pavilion of the municipalities of Almere and Amsterdam at the Floriade Expo 2022.

Re-Table(au), a performative installation based on the Ghent Altarpiece by Jan Van Eyck 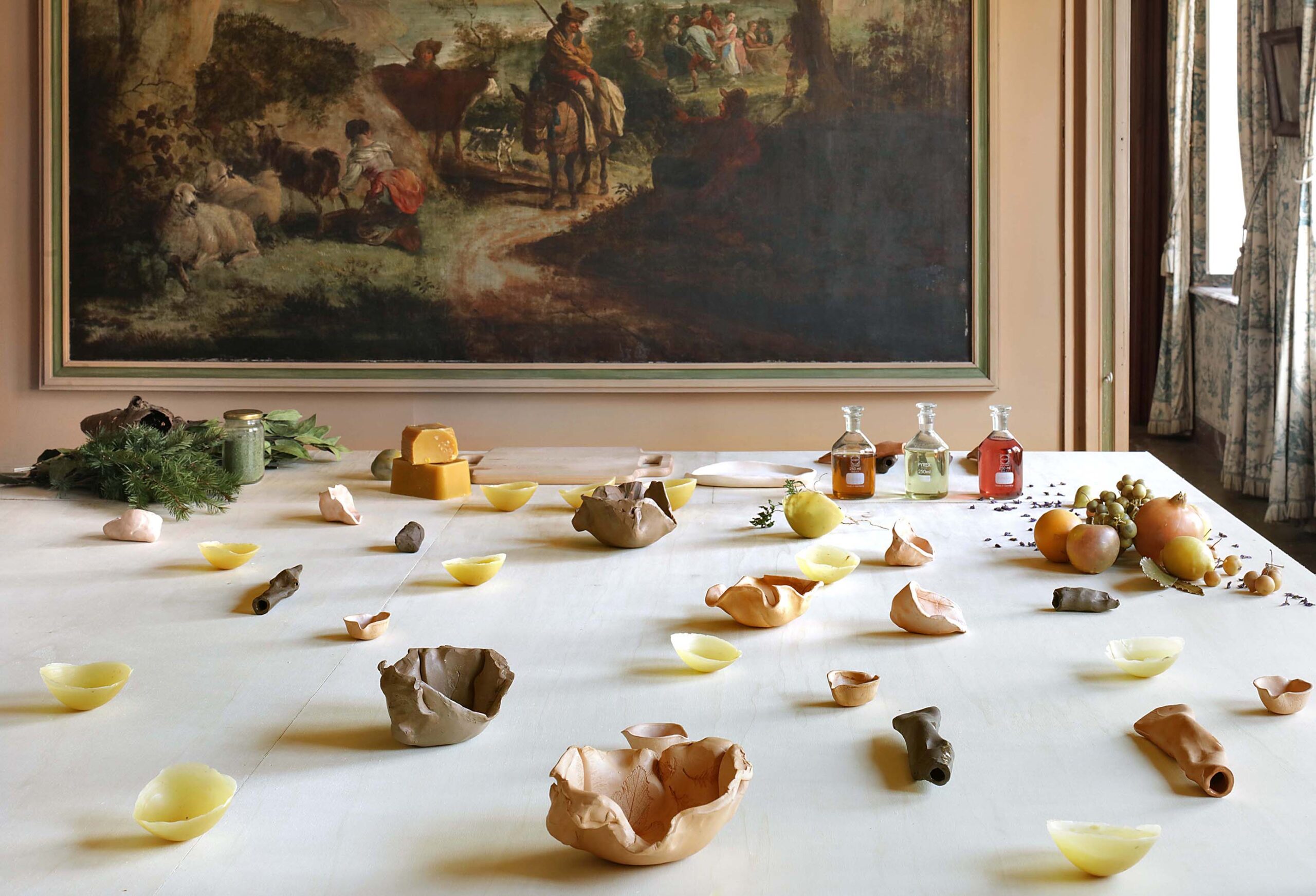 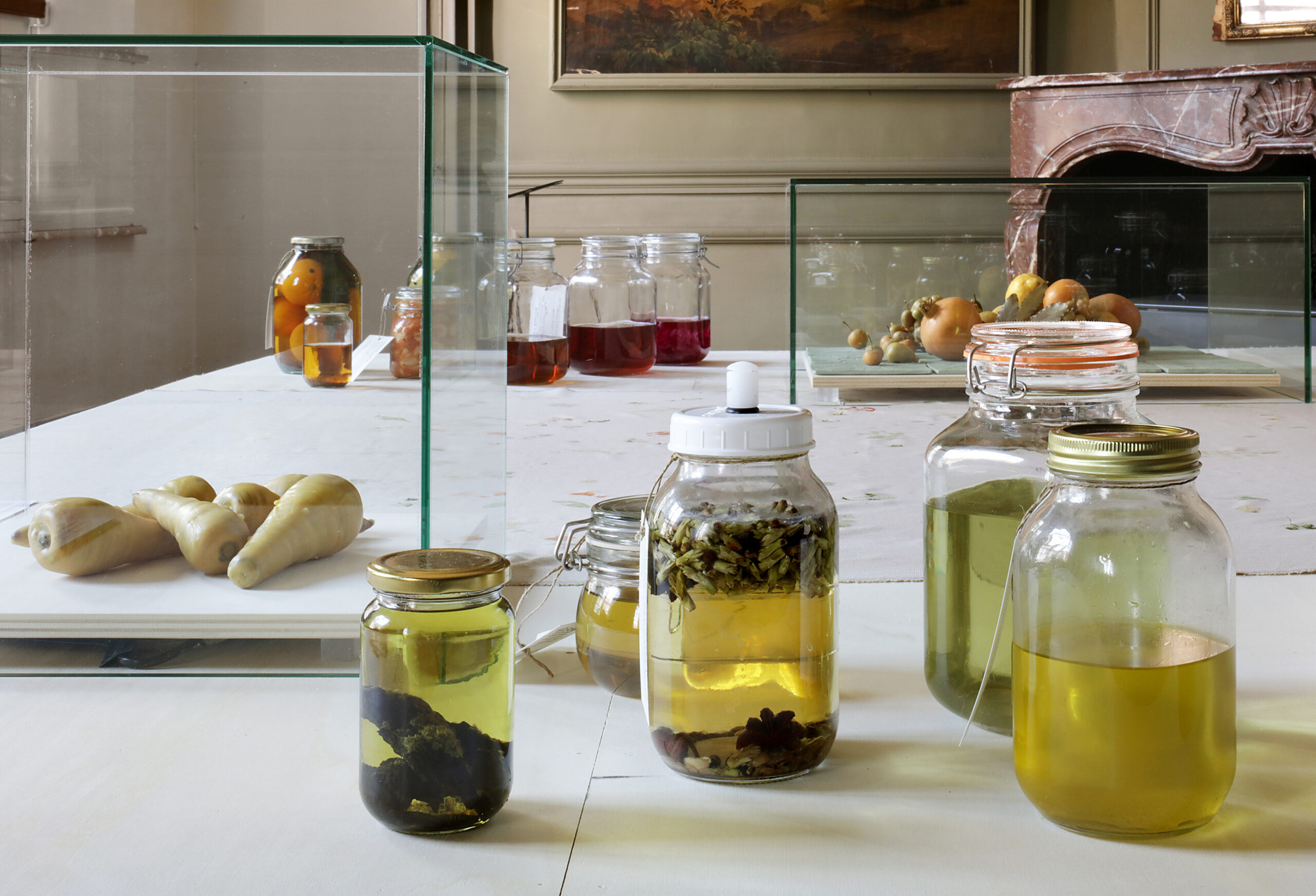 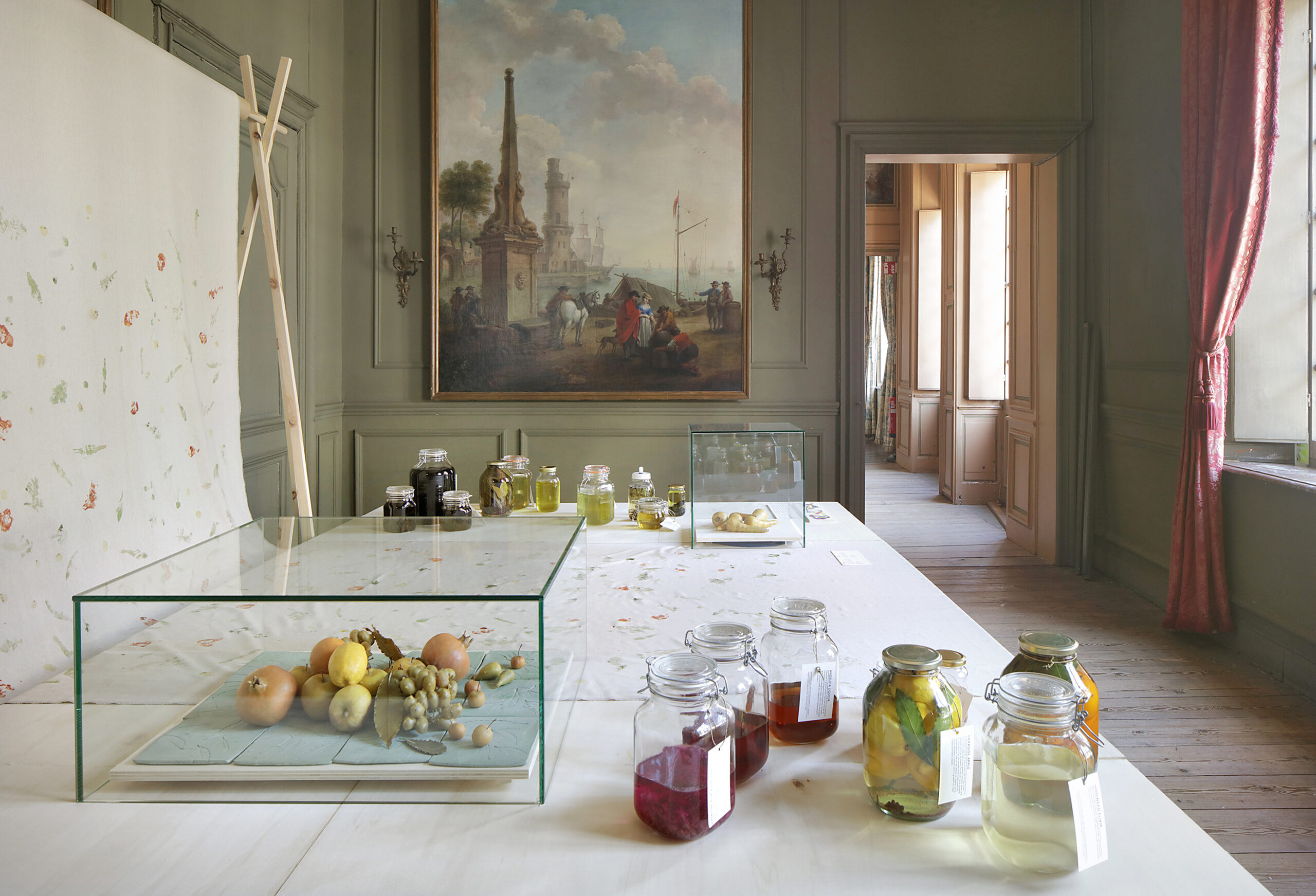 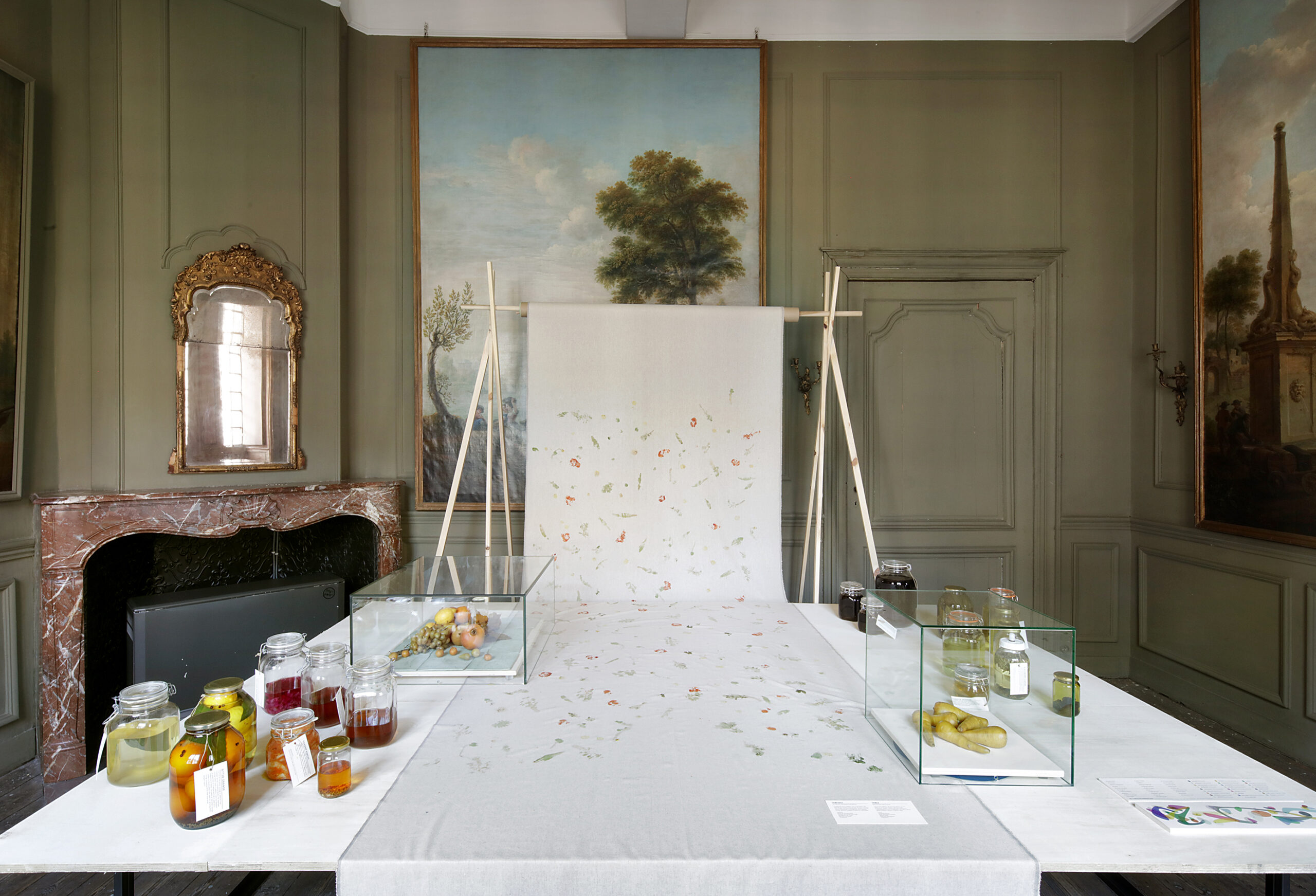 2020 was the year Ghent and Flanders were honouring the Flemish painter ‘Jan van Eyck’ and de Onkruidenier was fortunate enough to be invited by The Design Museum in Ghent to create content for two experience rooms for their large scale ‘Kleureyck Exhibition’. In collaboration with the Jan van Eyck academie’s Food Lab and Paris based food designer Céline Pelcé, we developed a concept deeply rooted in the colourful landscapes of the ‘Ghent Altarpiece’ by Jan van Eyck. His unique use of colour was the genesis of our explorations as we set about devising a new piece which we named ‘Re-table(au)’.

The realistically depicted scene in this particular painting is an imaginary one, where locations and seasons are innovatively blended. This concept of imagined reality provoked thoughts amongst us relative to our current global food system in which the fiction of van Eyck’s depiction of exotic produce is now very much a non-fictitious reality where almost all edible produce (at least from the Ghent Altarpiece) is possible to source all year round regardless of its natural season.
Re-Table(au) is an endlessly evolving foodscape reminiscent of seasonality; where both established and fledgling exploration/preservation techniques and poetic rituals are presented in a tangible way. Activation moments occur throughout the exhibition in which the evolving tableau is shared physically and internally through a ritualistic experience of colour and flavour in a multi sensory environment including edible objects and other concoctions allowing you to literally digest the landscape.

A film was created as part of our piece Re-table(au). The film tells a story of how we created the work and how we collaborate. A collaboration, in our opinion, means being a colourful sensorial ecosystem activating the relation between plant, landscape and the body. The functional as well as poetic elements in the video consist of, for instance, printed textiles, ceramics and preserved flavours that are all sourced from plants and represent contemporary tools for ceremonial rituals, in order to feed our eater imagination.