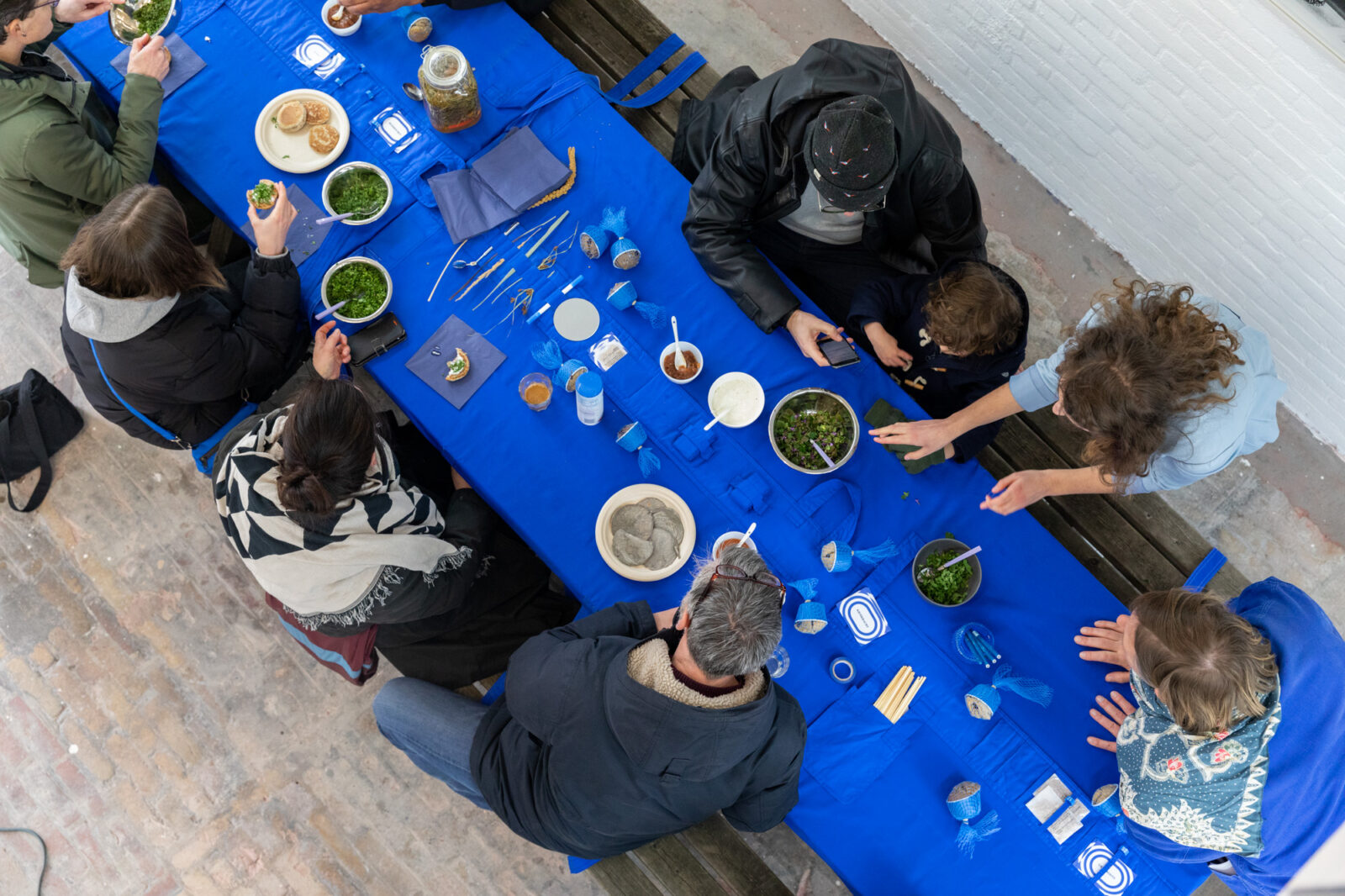 On March 20 de Onkruidenier hosted the Grassroots Tasting at A Tale of A Tub. This second event as part of the Grassroots project, was all about the transition from the winter period into spring. In the South and East of the Netherlands this was celebrated with a spring ritual in order to prepare ourselves for the new season.

With several residents and representatives of grassroots organizations based in Spangen, we collected plants in the neighborhood that are known for their cleansing properties. Tansy, nettles, ragweed, yarrow and dandelions were washed, cut and then made into spring pancakes (kruidkoeken). Traditionally, these herbal pancakes were eaten on the first day of spring for a mental and physical detox; or a fresh start for the new season. Additionally, during the Grassroots Tasting, various cultivated plant species from the grass family were prepared; from blue corn tortillas, crabgrass muffins and hay kefir to buckwheat blinis. In addition, stories about grasses and birds previously collected in Spangen became part of the table setting as a growing Grassroots card set.