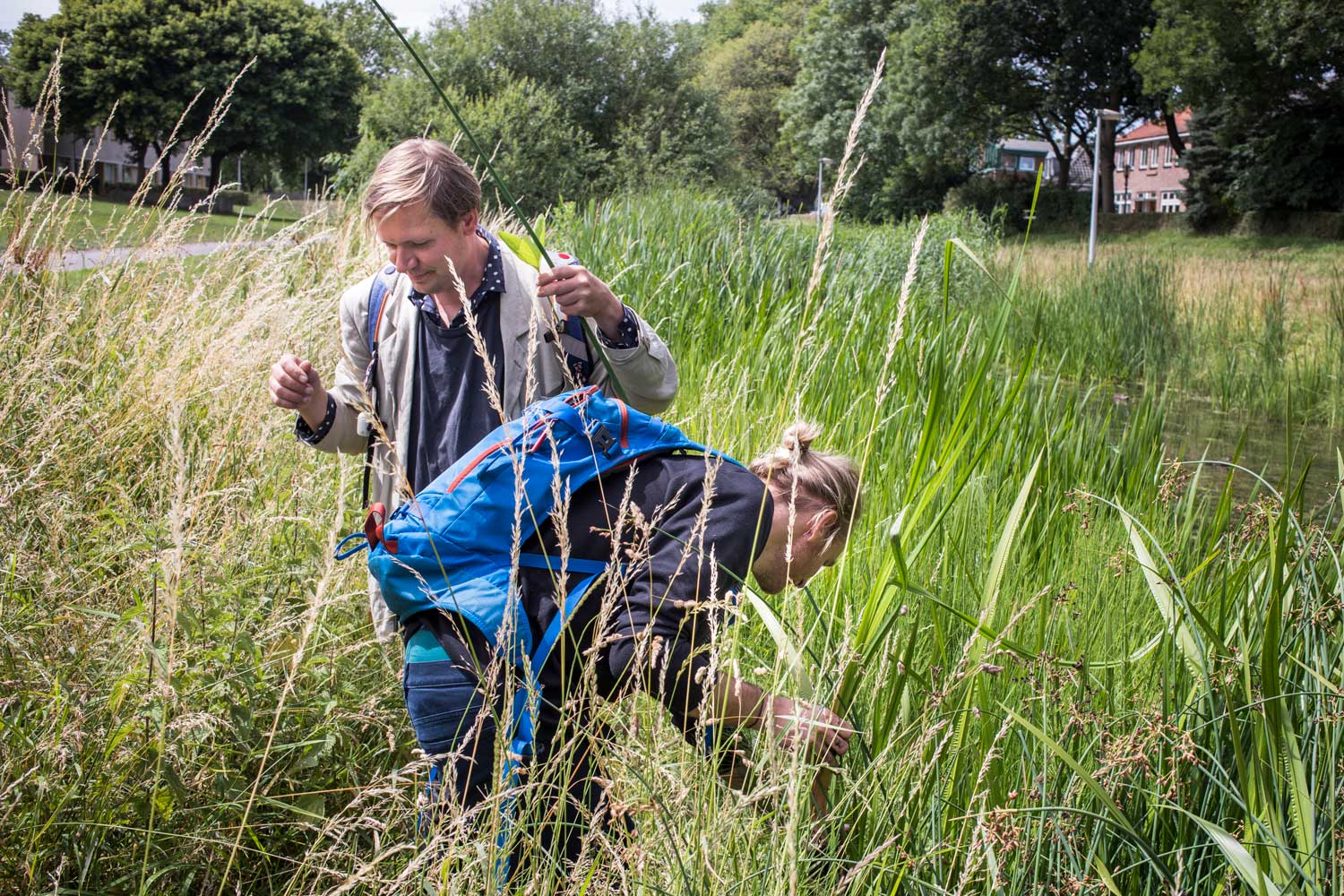 While strolling in the polders north of Amsterdam, vertical shades of green stems keep follow each other in lush green marshy vegetation. During a walk from Zunderdorp to Holysloot we came across a well-established water plant. The sweet flag, which grows whit its roots in the Waterland peat bog, has its origins in Southeast Asia, where the plant grows in wet and swampy areas. The plant acts as a good water filter because it extracts many phosphates from the water. Sweet flag excretes substances that disinfect the water and can prevent the development of germs.

Because of the medicinal and aromatic properties of the root, sweet flag probably came to Europe in the 16th century via Constantinople. It is believed that the plant was planted by botanist Carolus Clusius around 1574 as an oddity in the botanical gardens in Vienna. Because of its medicinal properties, sweet flag was planted throughout the rest of Europe in the following years. It wasn’t until much later that sweet flag became naturalized in the landscape. The seeds of the sweet flag are sterile in Europe and the plant multiplies itself quickly by little part of broken rhizomes.

Sweet flag has an aromatic smell and warm bitter taste. The roots are often dried and used as a flavoring. One well-known application is the use of the dried roots in herbal bitters. In 2016 we prepared a series of sailors bitters, herbal bitters and liqueurs with sweet flag and other water plants like angelica, meadowsweet and water mint from the Waterland landscape.

Above water, sweet flag has shiny flat long stems, which have a ridged and wavy marking on the stem. The plant produces greenish-yellow bloom spheres in summer.