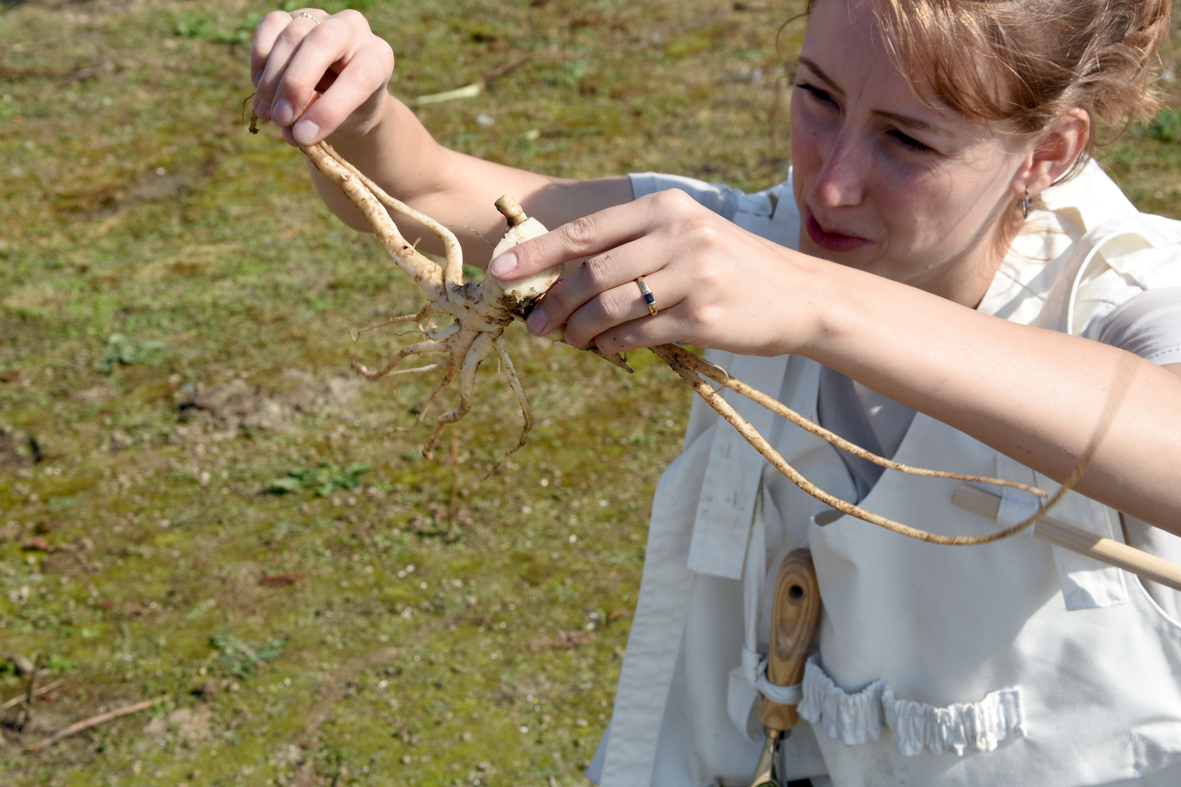 Often Sugar beets grow well in places close to the sea in The Netherlands. How come this this beet is admires coastal climates and is perhaps salt-loving? Sugar beet is cultivated from its wild ancestor; the sea beet, a beet that grows close to the coast and is used to a salty landscape. In the system of classification, sea beet and sugar beet belong to the same family. However, they live in two completely different worlds.

Sea beet is the wild ancestor of everyday vegetables such as red beet, sugar beet and Swiss chard. Sea beet is a native species that appears along the coast of Europe, North Africa and South Asia. It grows along stony and sandy beaches, in salt marshes, and in ruderal or disturbed areas.

At the time the family of beets was described by Carl Linnaeus in ‘Species Plantarum‘ in 1753; he considered the sea beet, chard and red beet as varieties of each other. Labeling and categorizing plant species is subject to interpretation that may change over time. At the time Linnaeus published his second edition of ‘Species Plantarum’ (1762), he divided the beet family into two distinct species; wild and cultivated varieties, and gave the name Beta maritima to the wild sea beet. Nowadays, we again consider the sea beet and cultivated beets as the same species because they can cross-pollinate and produce fertile offspring.

In 2018, we met farmer Martin from Noordwelle in Zeeland. He has been growing sugar beets all his life and had no idea that the wild ancestor grows on the coast just a few hundred meters from his field. Now that the soil in his field is polluted with salt, he was eager to do the experiment with us by growing sea beets next to his sugar beets. This way we could see how the beets would develop side by side. In the extremely hot and dry summer, the sea beets thrived in Martin’s field. Although the sugar beets remained a bit smaller, the percentage of sugar was still good, despite the salinated soil. After harvesting the sea beets in September, we could also taste the roots of our beets better. The taste is not very sweet, but has pleasant sweetness. Harvesting the root proved to be very difficult because of the thick root structure combined with the fatty clay.

Sea beets, like all beets, have oval thick leathery leaves. The leaves often have a beautiful shine with deep lying veins. The leaves often grow horizontally close to the soil so the plant can easily retain the sandy soil and moisture around it. During the summer months, the beets grow long flowering sprigs. You can see that the sea beet is really made for growing along the coast. These characteristics are not found in sugar beet to the same extent. In a country like Netherlands with salinization of soils it might be interesting to start using the salt adaptive qualities of sea beets and crossbreed them again with sugar beets?