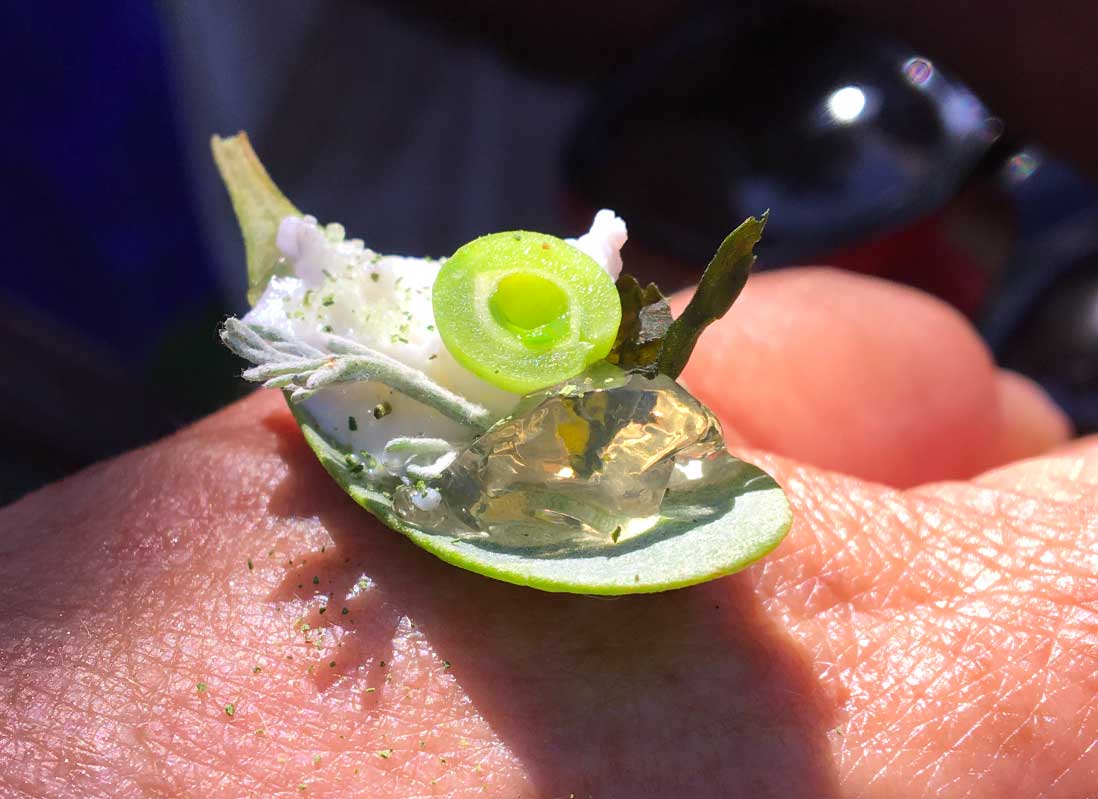 This salt-loving wild cabbage species occurs in the Netherlands since 1925 and was first observed in Zeeland. The migration of the sea cabbage to the Netherlands was made possible in part by human interventions on the coast in the form of basalt blocks for coastal protection. They create a microclimate that resembles the landscapes related to the origin of the sea cabbage, can retain heat for long periods of time, thus providing an ideal environment for this well-established plant along the Dutch coast.

Our first encounter with the plant unfolded in an unfamiliar and enigmatic phenomenon and took place at driving over the Afsluitdijk. The geometrically arranged basalt blocks disappear under a white tinge of floral clouds. On our way to the island Terschelling for a week of field research on plants on the island, we were given the appropriate introduction to sea kale by islander and ecologist Piet Zumkehr. During a bike ride along the wadden coast Piet made a stop on the bike path of the basalt dike. Between the blocks of basalt grow leathery gray-green cabbage leaves with a kind of thin broccoli sprout in the middle. Due to the last dike reinforcement, the sea cabbage has also been able to establish itself on the island since about eight years ago.

The origin of the sea kale lies around the Mediterranean Sea. For 5,000 years, sea kale has been collected along the coast as a source of food. The name Crambe comes from the Greek krambe and means to cut. It was a commonly eaten vegetable that provided a solid food source on a regular basis. In a sense, the sea kale is the ancestor and thus the mother of all cabbages. Cabbages such as kale, cauliflower, pointed cabbage, Brussels sprouts, broccoli, red cabbage or cavelo nero are cultivated varieties derived from the Triangle of U; a genetic plant theory of Korean professor U. The theory is based on three plants; rapeseed, wild cabbage and black mustard as the ancestral triangle from which hundreds of vegetable varieties have evolved. Through centuries of natural crossbreeding, these vegetable species have emerged. Cabbages are also related to sea kale and thus all these species belong to the same family. You could say that current available cabbage varieties have their origin along the salty coast.