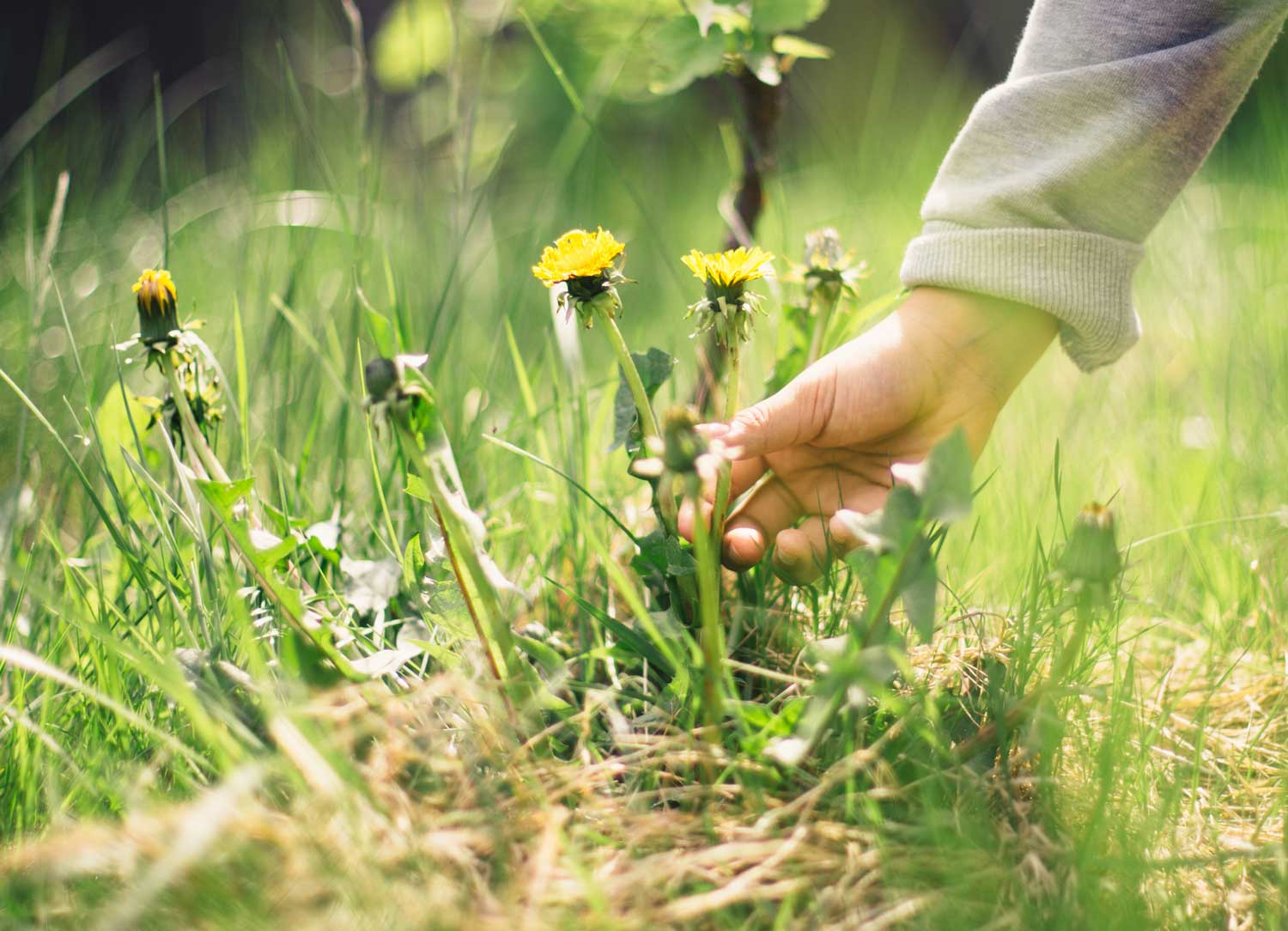 In the year of 2019 the Onkruidenier was challenged with a new area of research; the green space of Malburgen in Arnhem Zuid. The Malburgen neighborhood has over 100 street names all with different plant species, but this does not immediately resonate visibly in the actual public green space. Due to the current maintenance level of the green space in Arnhem Zuid, the plant species of the neighborhood is not very diverse and we often find many of the same species. In the month of April, however, all the lawns turn golden yellow with countless dandelions. This overwhelming display is a phenomenon that we had not observed on this scale in any city before.  But if there are so many dandelions, how can the whole of Arnhem Zuid not be a functional plantation for this plant?

To better understand the dandelion we got in touch with botanist Karst Meijer. Since 1981 Karst has been researching different kinds of dandelions. Different dandelions? A dandelion is just a dandelion, right? Well isn’t it! Karst told us that in the Netherlands alone there are about 250 different dandelions and worldwide it is estimated that there are more than 2500.

In Wolvega, Karst set up the Herbarium Frisicum, where we met for the first time. We got introduced to the miraculous world of dandelions and the diversity in its polyculture still finds little recognition amongst us. Because the different species are not easily distinguish, they are often reduced to just a singular species.

Dandelions are plants that feel at home in the direct habitat of humans. You can find them between the sidewalk, in the garden, lawn, meadow or neglected spaces. They are often not welcomed guests in the domain of the farming or gardening. Despite most humans have an unwelcoming attitude and a tendency to eradicate them, dandelions possess an unprecedented resilience, but unfortunately many species are face precaraty. Despite man’s combative behavior, plants possess unprecedented resilience, but unfortunately many species are also endangered and barely survive under precarious circumstances. Their specific habitats are in sharp decline. In rural areas, many agricultural lands have become homogeneous and host manly monoculture. Grasslands many are dominated by the English ryegrass causing no space for biodiversity in plants and insects.

Recognizing dandelions when we talk about the generic characteristics such as yellow ribbon flowers, lobed leaves or parachute shaped seeds fluff is an easy entry level for many. Before we got to know Karst Meijer, recognizing a dandelion did not seem like a complicated matter. Learning to recognize different dandelions you can start with the most common species in the Netherlands. These are divided into 10 sections, each with their own characteristics that you can best and actually only distinguish during the flowering period (approximately from mid March to mid May).

Traditionally, there are many recipes for the preparation of the flowers of dandelions, mostly in countries where wild plants are part of the medicinal culture, in the household or in the kitchen. The flowers are used to make cramaillotte in France, a dandelion jelly commonly eaten with cheese. By infusing the flowers with the addition of lemon, sugar and pectin, you can make a delicious floral jelly with bitter notes. The leaves are not only good rabbit salad, but can be harvested in the spring for their bitter taste as addition into salads. A treat is when the leaves are bleached, then the bitter taste becomes of a pleasant mellowness. This is then called mole lettuce. The roots, after being dug out, can be dried, roasted and ground into a nutty and bitter powder. With this you can make dandelion ‘coffee’. In the summer of 2019, we learned with Lucila Kenny (expert natural pigments) how the dandelion can also serve as a pigment for coloring fabric or making ink. And together with brewer Mattias Terpstra from brewery Nevel, we learned to discover how the dandelion is a great flavor agent when brewing beer.